What is Asbestos and Asbestos in New Zealand - AR Plus Tauranga

Asbestos is a major health threat to thousands of New Zealanders and millions of people around the world. Here we provide some general asbestos information and a background context for asbestos in New Zealand. If you've got any question regards asbestos in your workplace of house don't hesitate to contact us.

‘Asbestos’ is a term describing naturally occurring fibrous silicate minerals (rock-forming minerals) and is mined from rock. There are two groups, and six common types:

White asbestos was the most common form of asbestos used in New Zealand, followed by brown asbestos; and blue to a lesser extent.

Under a microscope, white asbestos looks different from brown and blue asbestos.

White asbestos has long, curly fibres, which are flexible enough to spin and weave into fabric. Its versatility made it the most common type of asbestos in building and household products.

Brown asbestos has harsh, spiky fibres. It was mostly mined in Africa, and was often used in asbestos cement sheet and pipe insulation. It was also used in insulating board, ceiling tiles and thermal insulation.

Blue asbestos is known for its excellent heat resistance and ability to repel water. It was mostly mined in South Africa, Bolivia and Australia. In South Africa it was called ‘woolly stone.’ It has straight, thin, blue fibres.

Blue asbestos was used to insulate steam engines, and is also found in some spray-on coatings, pipe insulation and cement products. It is brittle, and products containing blue asbestos often malfunction. This increases the potential of airborne asbestos exposure for people doing maintenance, repair and replacement work.

Blue asbestos is claimed to be the ‘most dangerous asbestos’ because its fibres are so thin. This makes them easy to inhale and lodge in the linings of a person’s lungs. However, all types of asbestos should be treated with equal caution, because all of their fibres can be inhaled into the lungs.

A brief history of asbestos

Asbestos has been used for thousands of years. Archaeologists believe people living in the Stone Age (about 750,000 years ago) used asbestos in candle and lamp wicks.

Approximately two and a half thousand years ago in Finland, people used asbestos to strengthen clay pots and make them heat-resistant. Ancient Greeks and Romans wove asbestos into material for shrouds, tablecloths and napkins.

During the Industrial Revolution, asbestos was mined and manufactured in massive amounts. People liked it because it was ‘flameproof’, waterproof and resistant to chemicals and electricity. Most importantly, it was malleable – an excellent product for insulating boilers and engines, and for building and binding things.

Once asbestos mining became mechanised, it became a cheap and widespread product. However, the link between asbestos and ill health was not thoroughly investigated until the early 20th century.

Officially, asbestos awareness in New Zealand started in the 1930s. In 1938, the Report of the Interdepartmental Committee on Silicosis linked asbestos with deadly lung conditions.

The government report said asbestosis is a disease similar to silicosis, and asbestos is capable of producing a ‘deadly pulmonary disease.’

Raw asbestos was first imported into New Zealand in the late 1930s. It was used to make products that comprised of asbestos mixed with cement. These products were manufactured until the mid-1980s.

It became illegal to import blue and brown asbestos into the country in its raw form from 1984. Asbestos-containing products (also known as ACMs) in New Zealand at the time were used until supplies ran out.

On 1 October 2016, it became illegal to import asbestos-containing products into New Zealand.

Asbestos in houses and the workplace

Until the mid-1980s, asbestos was often used as a fire retardant and insulation. Examples are: 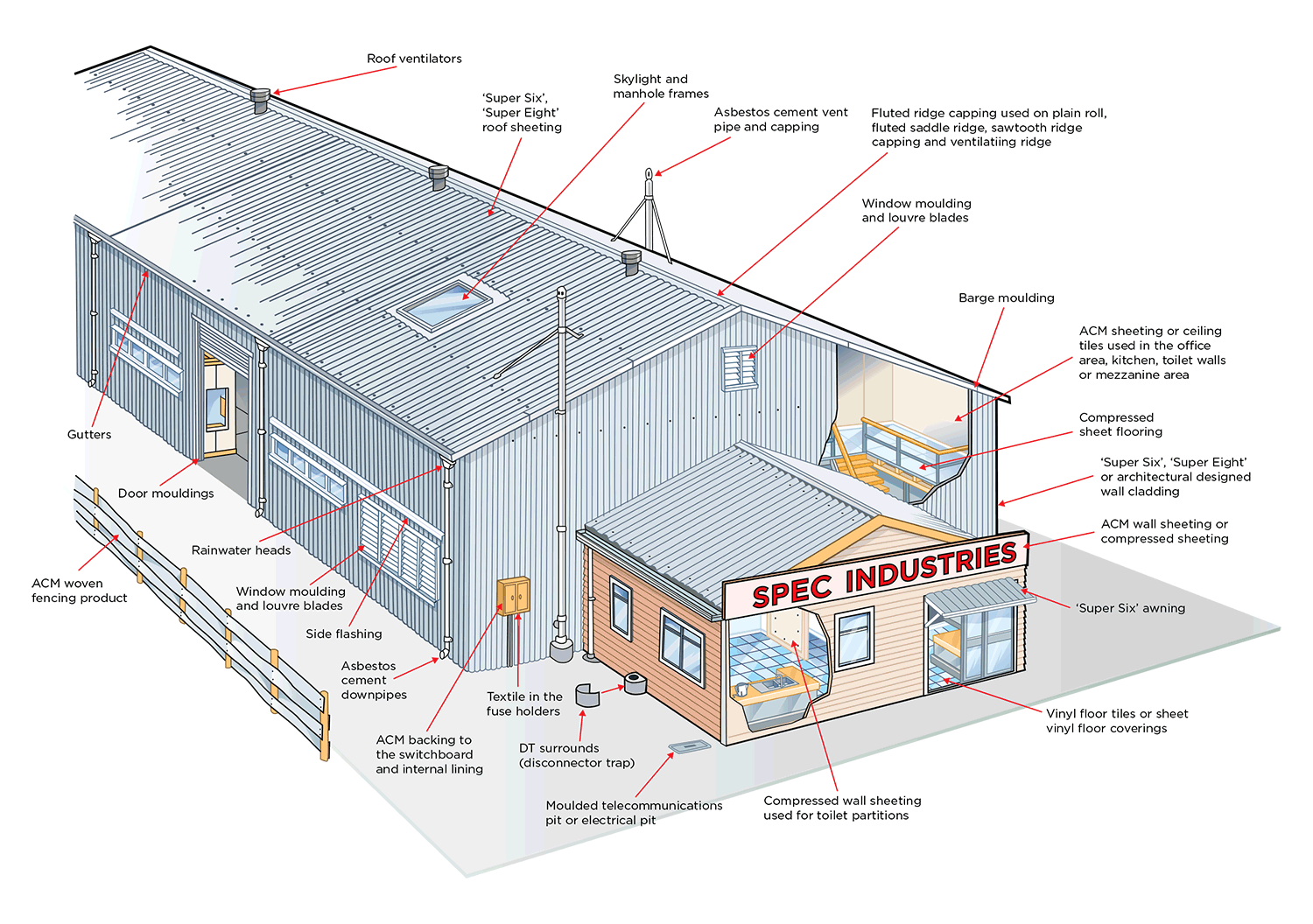 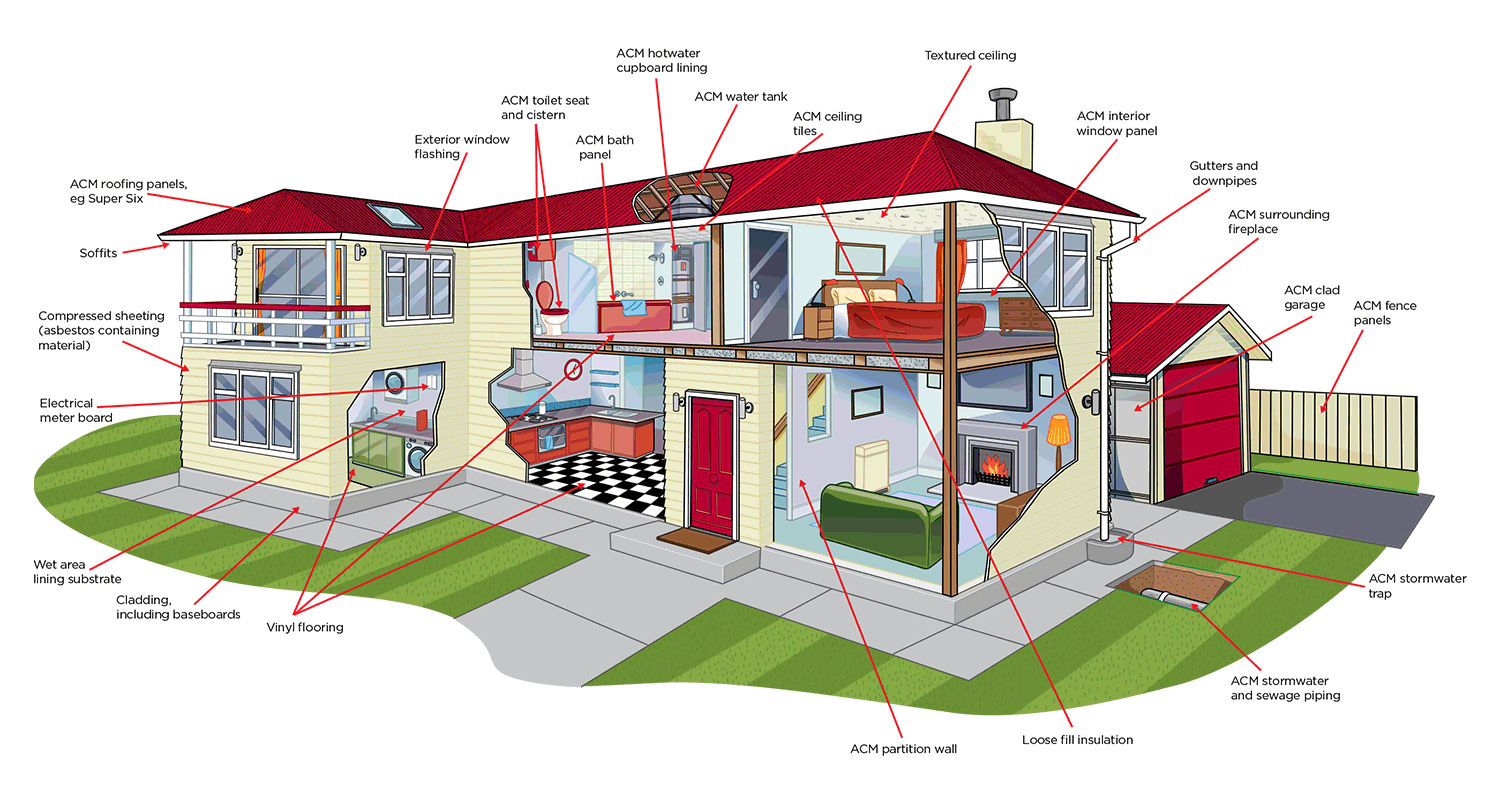 The health risks increase when:

All types of asbestos can cause asbestos-related disease.